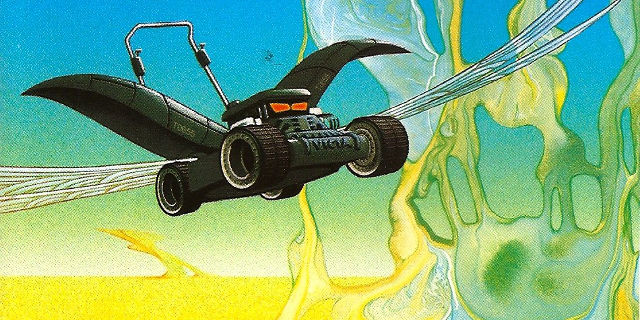 After a few glasses of water to clear the slightly hung over feeling, I realised something that had been bothering me from last night. This is stupid, but I feel I have to respond to certain assertions made in the TISM song “BFW”. It has primarily to do with the idea of the artist vs producer divide which has emerged in the last twenty years. (Hey, the URL says Rock Nerd – you can’t have the rock without the nerd.)

Basically, the rant that follows BFW is wondering why groovers “love Kylie but despise Bardot”, speculates on the identity of the actual creators of the average top 40 hit, and ends with “If you didn’t write it, Kylie, BFW”. It’s a great rant, hugely entertaining, but does anyone actually realise that singers writing their own material is a newfangled invention, and that the whole Milli Vanilli thing was distinguished not by the fact that they were an attractive front for some homely musicians, but that this was kept secret?

I guess the really freaky thing about Milli Vanilli is that the “singers” weren’t even singing, which you at least expect a singer to do. But in terms of singers being puppets for producers, I think Cole Porter and the Gershwins are liable to pop out of their mausoleums screaming “NO FUCKING DER!!!” (or indeed “BFW”). Would you rather listen to (and look at) Dionne Warwick doing Alfie, or Burt Bacharach?

Sure, this example may make your flesh crawl, and I completely agree that we all have much more respect for the Singer-Songwriter … who in mainstream pop didn’t exist before Dylan. Sure you have your Guthries and your Leadbellys and so on, but they weren’t being played on any mainstream radio or TV. Until quite recently, it was pretty normal and accepted that specialists would write lyrics and music and then get a singer and band that they thought would be appropriate. This is still the case (read Jimmy Webb’s book about songwriting for insight into the Professional Songwriter job description), but now we get snooty about it.

If you believe that the person on stage should be the person who wrote the lyrics and music, tell me: Did you build your own house? Make your own clothes? Assemble your own car? Of course you fucking didn’t – you left it to professionals who knew what they were doing. So, if someone’s a talented singer, but can’t write lyrics for shite, we should be deprived of their ability?

More to the point, people who apparently do write their own lyrics and perform often suck at both things. I saw an ad for Live’s latest album this morning, which included a snippet of lyrics, “We gotta love each other …” Fuck, I bet that took ten minutes to write! Not that poor lyrics can’t be well executed (“I don’t need lotsa people, tellin’ me what to do, I don’t need no long haired lady, to love me true as true …”), but nothing about Live is passionate, engaging or even interesting. And yet there’s no suggestion that they don’t write their own stuff.

The reason I don’t mind Kylie and can’t stand Bardot is quite simply because Kylie has talented producers who like pop music, and Bardot have marketing people.