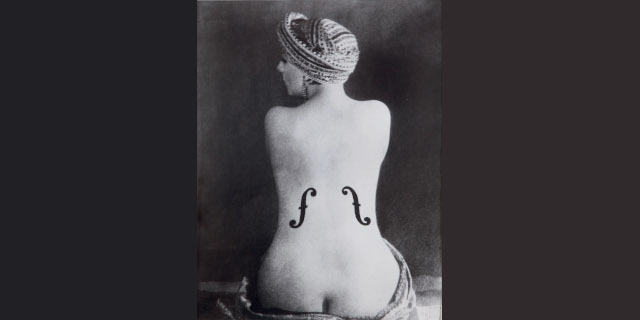 In light of recent attempts of mine to pick up, it’s probably good to remind myself of why screwing musicians sucks. This article was written a few years ago and is a little bit dated – I’m not sure if Michael Gudinski has any actual influence in The Biz these days – so if anyone has any ideas to update it I’m not too proud to steal them.

Dedicated to the forgotten buttress of the rock industry, the non-musician wife or girlfriend.

When you were a little girl fantasising about fucking your favourite rock stars, you never in your sleaziest fantasy anticipated that in the rock pecking order, musicians’ partners are somewhere in status below bouncers and the guy who sells hot dogs out the front of the venue. (Female partners, of course – men who date women musicians are invariably musicians themselves.) Let’s face it, you don’t know a PA from a DI from an RTFM, or even know where the “suck” knob is on the mixing desk, so in the glamourous lifestyle of rock, baby, you ain’t shit.

Rock Widow feels your pain. We know the lonely humiliation of standing behind a group of musically accomplished rock stars at a trendy venue mumbling “I’m a person in my own right, I have a PhD in genetic engineering, I don’t need to know who Steve Pavlovic is”. We have personally felt the slow glazing over of the eyes as our loved one tries to explain the differences between the Dorian, Ionian, Phrygian, Lochrian, Aeolian, Lydian and Mixolydian modes. We know the agony of tattooing f-holes on your butt so he’ll mistake you for a Gibson E-355 and pay you some damn attention!

Let’s face it, musicians are no more sensitive, despite being ‘artists’, than your average footy yob. If you’re dating someone in the Fuck Fucks then duuuuuhhh, but even the most indie emo sensitive four-eyed git is about as considerate as a sloshed Wayne Carey when it comes to that damn re******sh*p thing. And because music doesn’t come and go in seasons, you’re competing with a bunch of musical instruments all year round. Think I’m wrong? About to fire off a furious letter defending your favourite undiscovered rock genius? Next time you’re talking to him at the Punter’s Club, suddenly say “Hey, isn’t that Michael Gudinski playing Daytona?” Then time how fast he disappears.

Of course, I’m not necessarily suggesting that you shouldn’t be supportive of your bloke’s ‘career’ (well, hobby, but we’ll humour him). Whether you actually like your fellah’s band or not is irrelevant – believe me, your opinion doesn’t matter a damn – but it makes life easier if you don’t have to smile woodenly at your lover’s lame attempts at ‘slapping’, ‘popping’ and ‘wanking’ (sorry, I thought wanking was a technical term until I discovered Smirnoff). If you’re really ambitious/tolerant/suicidal, you may choose to try to get involved in the band. HA! Prepare to discover hitherto unsuspected levels of respect for Yoko, Courtney et al as you are regarded much the same way as a female recruit in a Navy SEALS action flick.

Nevertheless, there is a role for you in your man’s chosen career. The choices are legion:

* Stand around patiently, being ignored by your man and his boorish mates

* Lug around heavy pieces of equipment which, however, require no technical attention (which might thereby make them slightly interesting)

* Managerial roles. This may range from a professional, 15% commission including tours and merchandise, to standing in line for 45 minutes at Officeworks photocopying posters during your lunch hour. Assuming you have a real job, of course.

* Designated driver. Wriggle out of this by refusing to learn to drive.

* Publicity and promotion. Telling your friends that your man’s band is really great and they should go see them, even if the band sucks like an Ivan Reitman movie.

Being with a musician can be fun if you don’t want a commitment (easy to back out of the relationship at short notice – you won’t be missed for long), but if you’re expecting to last longer than a high E string (or, heaven forfend, already married), you’ve got a full time job justifying why he should buy you a birthday present rather than his 11th bass this week, or why it might be nice to have sex for a change instead of sitting up til three am re-wiring his guitar, or going to see a band that doesn’t have his buddies in it.

The Standard Grrl Response to this is that I should pick up an instrument and EMPOWER MYSELF!, but there’s enough untalented “musos” playing dodgy benefits with clapped out instruments. No, all the non-musical girly can do is console herself that she’s not dating a golf champ, and get a job at Cash Converters. She’ll soon have the attention of every muso in town.