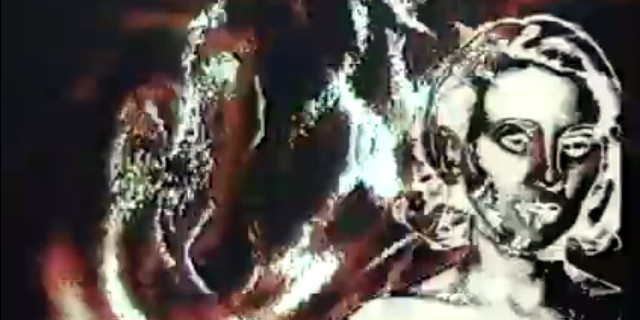 On Wednesday 19th June, I spent my lunch hour at the Dendy Cinema viewing a retrospective of Severed Heads work from 1982 to the present. It was thoroughly enjoyable.

Highlights: Well, just most of it, really. I’ve seen a lot of the stuff before over the years but It’s All Good, and Tom Ellard (and I presume Stephen Jones) did a sterling effort transcribing it all to VCD for the big cinema screen. I think the coarse resolution of the old stuff just makes it look more organic and gritty, and suits the nature of the thing. Others disagreed, but some geeks just won’t be told.

The “Dollarex” re-edit video was even better than the original … don’t know if you’ve seen it but it’s all about consumerism and sex … $ex … geddit … the fake magazine covers (“Keep Quiet – Keep Your Man” as a headline on Australian Vague and “BeerBeerCarsTitsBeerTitsBeer and more Beer” on Bloke magazine) are hilarious and frightening at the same time.

There was a little clip of Paul Keating announcing some sort of Arts policy thingy in ’94 and we were briefly reminded of the good old days when our leaders had (at least half) a clue. He even used the word ‘culture’ like he knew what it meant! That cut to Tom showing how he’d put all the band’s work on a CDROM (stands for Compact Disk Read Only Memory, don’tcha know! – ah, remember life back in ’94?) I think it was having a subtle dig about arts grants?

“Dead Eyes Opened” was great, of course, but I never knew the video couldn’t be played on telly … apparently it breached too many broadcast guidelines, including one about the amount of superimposed text. Crikey geez. It worked brilliantly on the big screen, getting really intense toward the end with supermegafast edits all over the place, held together by the grainy black and white with degraded text look.

“All Saints Day” got a whole brand new video which was superb. There’s a famous photo of a party in the ’30s at which a bunch of famous architects dressed up as their creations. So give it the Severed Heads treatment, and you get dozens of dancing Chrysler buildings and marching Sydney Opera Houses … hmm. well, you had to be there. Trust me, it was good. :-)

The last track was the most impressive in some ways. I don’t think they’ve done video to the more ambient Heads tracks before. This one was called “Walrus Guitars” and was just one of those swishing slow feedbacky guitar noise type tracks, with a magic shot of a gently rolling ocean stretching off into the distance, over which hovered a blurry blob which at first looked a bit like a baby but then went on to morph into all sorts of almost recognisable blurry shapes – I think there was a cow in there – it looked random, and yet by the end of it you suspect there was a narrative about birth/death transitions, or something like that. Visually pretty stunning, psychically entrancing stuff … if this is where the Heads are heading, I hope we get to see more like it …

It was a good chance to ponder the changes in (consumer and semi-pro) video technology over the years … from SJ’s old analogue video synth to the C64 to the Amiga (the show finished with a Guru Meditation error, just for fun) to whatever Windoze clone he’s using these days … where before there were scanned newspaper cutouts and silly costumes, we now have fully rendered (although anatomically challenged) human figures singing with actual lip-sync.

So there you go. Just in case you thought Severed Heads weren’t doing anything any more. Personally, I reckon the guy should get a medal for sticking around so long and being so unique in the face of so much mediocrity and pap.

(Disclosure: I have played live keys with the Heads on a couple of occasions in the [getting to be distant] past, but was already a fan for yeeaaars before that. :-)