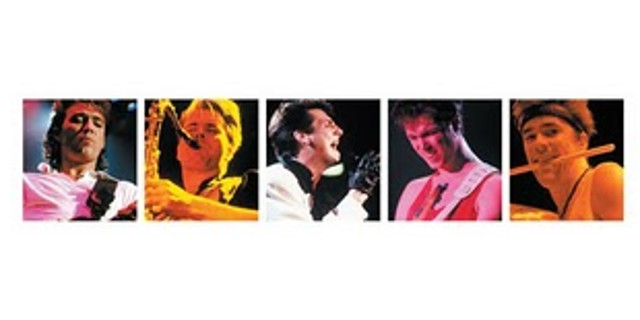 I originally picked up a Rocknerd account so I could review international acts from non-crap bands that made it to the great southern lands. Well, that was over a year ago and I have a small backlog of material. So using a stack method (last in, first out) this piece will be brief review of two reformed 80s semi-intelligentsia synth-pop acts who performed at the Rod Laver Arena in Melbourne on Wednesday April 21 – Tears for Fears and Spandau Ballet. OK, so this is Rocknerd, not Popnerd. Next review will be the Buzzcocks.

Spandau Ballet headlined, granting them the final two hours of performance with the Fears being provided roughly an hour for their show. Dispute this unequal distribution of temporal power, the Fears came out punching with a combination of Mad World and Everyone Wants to Rule The World. As one would expect they also performed old hits such as Pale Shelter, Head Over Heels, Sowing the Seeds of Love, along with a spectacular Woman in Chains with some very impressive sounds coming from Michael Wainwright vocal cords. Not surprisingly they finished with Shout with requisite audience participation, but which seemed to lack slightly in the expected primal scream passion.

The Ballet started with To Cut a Long Story Short as a fine beginning with more than a dash of light and colour. It was a little flat for a short while after that, apparently the mixer making some last minute modifications. Like TFF, the Ballet had a string of 80s hits to entice the crowd such as Highly Strung, Round and Round, Fight For Ourselves, Communication, and True. Their concluding (post-encore, naturally) song was equally unsurprising – Gold. Tony Hadley, somewhat larger in presence than his time in the past, was very stylish in his single-breasted suit as he pranced about and crooned with the audience, who were very enthusiastic to see their return after a quarter of a century.

Both bands performed very well to the near-capacity audience and the set was managed professionally. As perhaps could be expected, Tears for Fears won on matters of substance. They are a band with a tougher, edgier approach in presentation and lyrical content. They have a broader and longer musical experience, and it shows. Spandau Ballet were more polished, more interactive, had more props, and a lot more charm – but quite a few of their songs blur together in similarity. As much as the concert was an absolute joy for fans of both bands, the organisers should have given equal time and emphasis to both acts in recognition of their respective qualities. 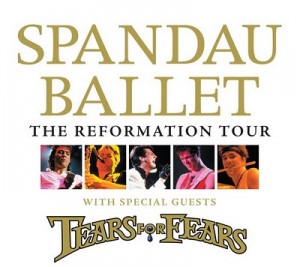