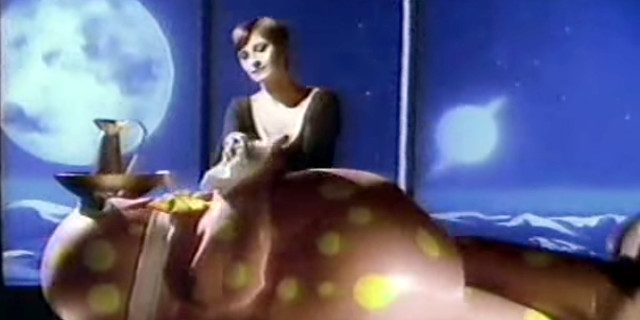 “Although popular, the character was not well received critically.”

“It has been named as one of the worst songs ever recorded.”

An MTV critic said that Blobby “tried to kill music… with what might be the worst song of all time”;[3] the track is regularly voted as such.[4] Rupert Hawksley of The Telegraph ranked it as the worst Christmas number one in history, arguing that Blobby “set the bar so low with this bizarre single, it’s hard to imagine that it could ever be usurped”.[5] Daily Record writer Euan McColm named it the third-worst Top 10 single of all time,[6] while Gemma Wheatley of the Daily Star called it the third most-annoying track ever written.[7] It placed first in an HMV public poll of the worst-ever festive songs,[8] and second in a VH1 viewer survey of the worst number one singles of all time.[9] The track also came sixth in a Channel 4 poll of the 100 worst pop songs in history.[10]

— Wikipedia on his critical legacy.

2 thoughts on “The return of the Blobby nightmare.”