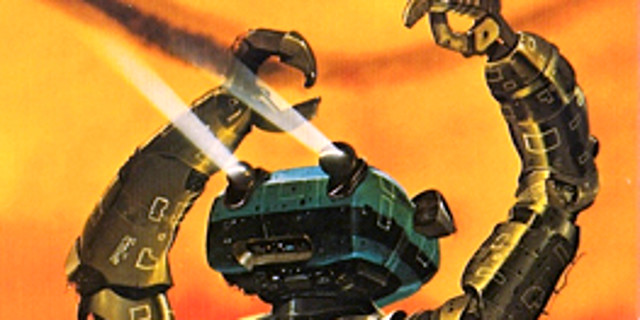 I won’t try to explain the entire saga of the Sad Puppies and their Rabid Puppies offshoot. But in short, a bunch of reactionary science fiction authors were upset that people other than white straight guys were getting their stories noticed, so started a backlash to take over the Hugo Awards through slate voting, and made stupendous dicks of themselves. The Wikipedia article is mostly confusing, but Wired last year and The Guardian this year give an overview.

The thing that really struck me about the Sad Puppies — and it’s something I haven’t seen anyone else note — was Puppies founder Brad Torgersen’s lament that he could no longer tell from the cover of a science fiction novel what it was about, like he could “a few decades ago”. No, really: a grown man who purported to write books for money lamented that he could no longer literally judge a book by its cover:

The book has a spaceship on the cover, but is it really going to be a story about space exploration and pioneering derring-do? Or is the story merely about racial prejudice and exploitation, with interplanetary or interstellar trappings?

I thought “you knob, you didn’t buy a book at all in the seventies or eighties, did you.”

Do you not remember how generic the art on seventies SF paperbacks was? It might have a space station on it and actually be completely earthbound. An Asimov about bureaucratic political intrigue in a single room — frequently, like most science fiction ever, a thin allegory for something entirely contemporary — would have a cover with spaceships shooting curiously visible energy beams at each other. This is assuming they didn’t take a straightforward space story and shove a psychedelic fever dream on it that the artist hadn’t been able to sell to a prog rock band. (Art went in both directions between SF/F and records in the day.)

Quite often, the publishers bought the art in separately and slapped it on any book that happened to need a cover that month. (At least Panther had Chris Foss on tap.)

And then there were the Asimov non-fiction science fact books with giant robots on the cover:

Asimov popular science essay collections, none of which featured science-fictional robots. And no, the planet in question didn’t turn out to be a space station.

The covers never had any relation to the contents. They might as well have been labeled “extruded SF product”. No publisher ever thought “accurately representing the content of these books is job number one”; they thought “what will sell copies?”

Don’t take my word for it. Look at this shit. If you think I exaggerate, I want your summary of each of the books at that link purely from what you can see right there.

It was the seventies. The drugs were just part of how people did, uh, everything. As were tits. Here’s the unpixelated version of that last one, as found in newsagents in 1973.

The Sad Puppies’ particular backstab myth extended to this degree of just making shit up. And they wonder why everyone hates them.

edit: this is popular, isn’t it. If you like this article, please feel free to grab me a coffee.

12 thoughts on “The Hugos, the Sad Puppies and 1970s science fiction paperback covers, which were ridiculous.”