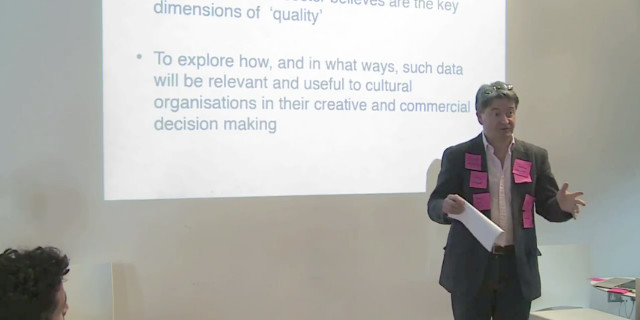 In an attempt at the prize for most fatuous bureaucratic innovation of the decade, Arts Council England plans, against all non-conflicted recommendations, to impose a standardised numerical system for arts quality on its national portfolio organisations.

While we are talking about actual money, so accountability of some sort is not intrinsically a bad idea, it turns out in this particular case to have been nearly as good an idea in depth as you’d immediately think it would on the surface. Despite a previous report from primary advocate John Knell that this wizard scheme had wide support and would totally work — and presentations putting this forward as completely for the benefit of the cultural organisations, their only and eternal concern — arts organisations were united in holding that this shit was wack.

In practice, fewer than half of the organisations made it through the trial, most citing the added administrative burden, not to mention the ridiculous inappropriateness of the metrics, survey fatigue amongst the audience — after a powerful emotional experience that changes the way you look at the world, having a survey shoved into your hands may not be the one thing you want at that moment — and that the required software didn’t, ah, work.