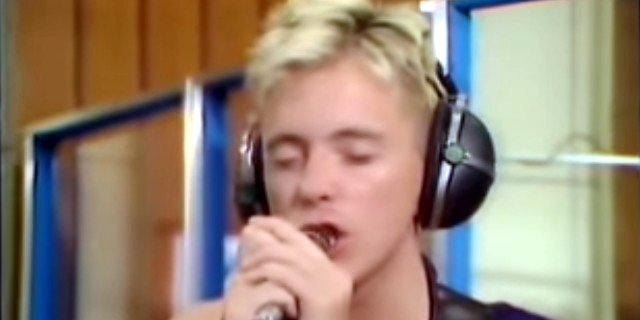 New Order live in the studio for the BBC, simulcast on Radio One and BBC Two. Watch for Bernard missing his cue. And his terrible shorts, of course. And Hooky’s famed “gay sperm” bass cabinet.

Above: “In A Lonely Place”, “Age Of Consent”, “Sooner Than You Think”. They also did “Temptation” and “Blue Monday”, but BBC Worldwide has blocked the videos (just those two). But the audio was ripped and has been up in the past and presumably will be in the future. Cerysmatic Factory writes it up too.

Bonus badly-recorded bootleg: “I’ve Got A Cock Like The M1”, Royal Festival Hall, 14 May 1984, the first time they played the music that became “Perfect Kiss” live. Lyrics in the YouTube comments.