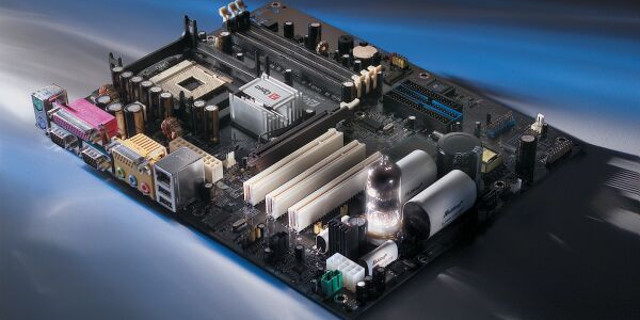 The vacuum tube computer motherboard has remained an evergreen Rocknerd favourite since 2002.

You’ll be pleased to know it wasn’t just a joke, or even just a trade show mockup — it was a real product they sold for money, and there were sightings in the wild! 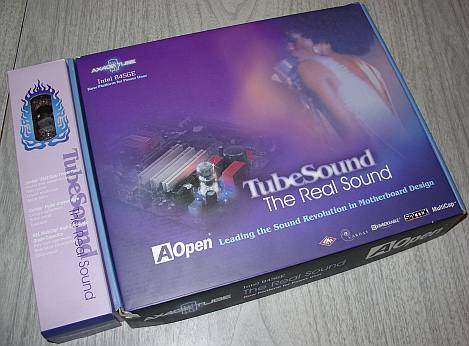 Here’s one from 2007 who scored a motherboard, though without the vacuum tube. “While the onboard audio is pumped out by a typical soundchip, it makes its way through the tube to get the analog treatment.” 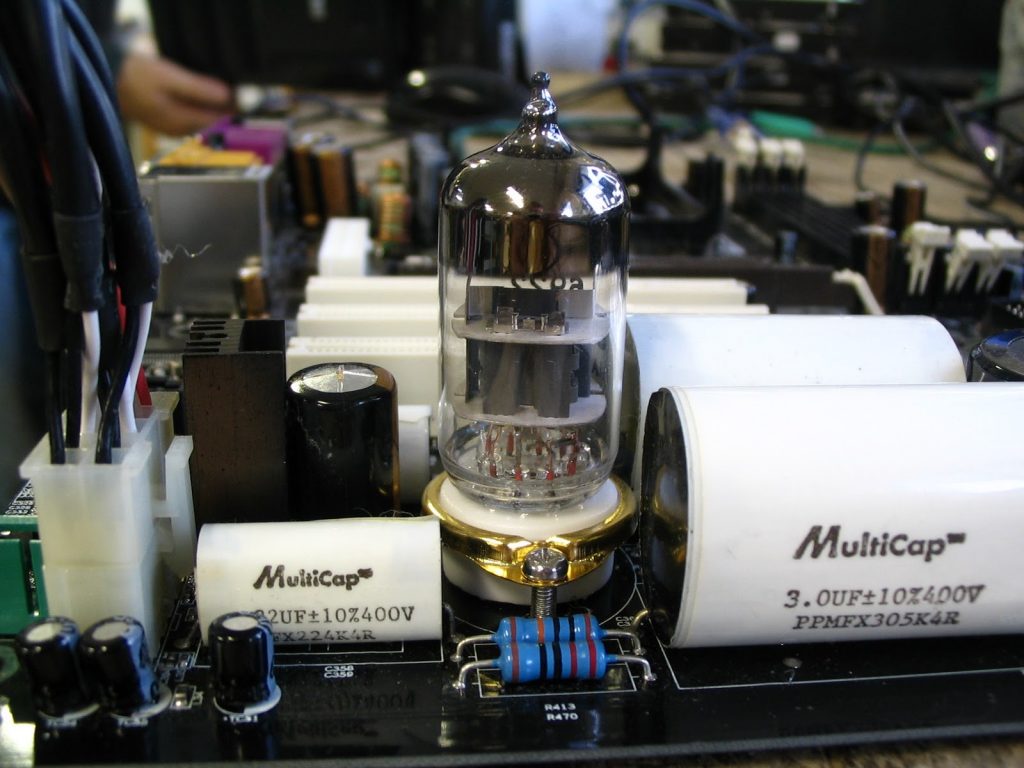 Someone at Free Geek Vancouver found a working specimen in 2011, complete with the original AOpen manual. It’s clear this was created with the fact-free audiophool market in mind:

…a group of geeks at AOpen’s Motherboard Division began to think about a fusion of the latest technology with Thomas Edison’s discovery dating back to 1880 — the conversion of alternating current into direct current through a device called The Vacuum Tube.

With tube technology, music is more musical! Jimmy Page strikes the guitar strings on “Stairway to Heaven” and Angus Young of AC/DC’s “Black In Black” share one common attribute– It is the vacuum tube that powers their guitars’ souls that express what they want to sound like and what the listener likes to hear.

That post also details why this is a ridiculously terrible idea even if you really wanted vacuum tube computer audio: the PCI slots are right behind the tube, blasting it with radio-frequency noise. Not that any computer is short of that inside the case. (They used to be that noisy outside the case — I’d play games on my TRS-80 clone as a kid with an AM radio next to it for sound effects.)

It was in for repair because it was affected by the bad capacitor scandal. But you can’t keep a good geek down, so they got it working, and even put up video, which I can’t embed. 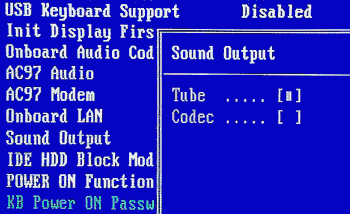 But never mind all that — how does it measure up as a piece of audio hardware? Here’s a review from IXBT, proudly noting the Sovtek 6922 vacuum tube (made in Russia), which is actually common in serious vacuum tube hifi amplifiers. Their tests show that despite AOpen having cheaped out on the DAC, the sound isn’t terrible, subjectively or objectively. 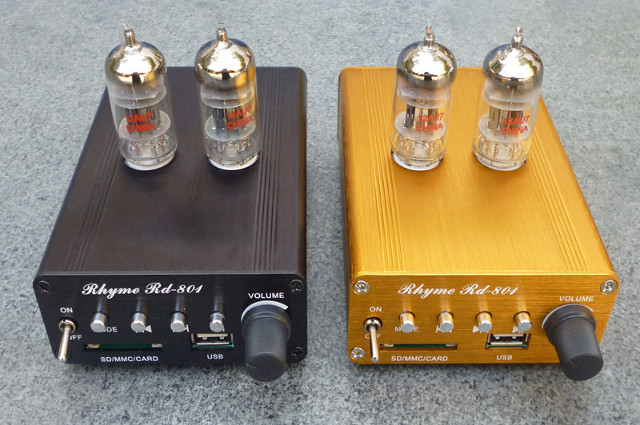 But what are your options for cheap glow-in-the-dark amplification in 2016? If you too want to experience the magic of brick-wall-limited pop music mashed into even more compressed MP3s through a vacuum tube, you can get super-convenient USB vacuum tube amplifiers on AliExpress! Because there’s no sub-Kickstarter terrible idea that’s so bad it isn’t available mass-produced from Alibaba. And, lower on the quality scale, Maplin has them too. Last few in stock, so grab one while you can!