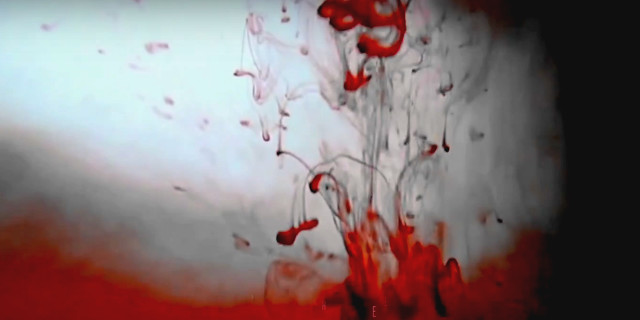 Nórdika are a Mexican EBM-industrial synthpop band, based around Alejandro Marin (Alex Nórdika) with assorted guest vocalists. They sound like this sort of thing has all this millennium, but bring the songs. Blut (ScentAir/Aquo Rec), from March this year, has five new songs and eight from last year’s Blaues Blut album. This edition includes a second CD of remixes. Lots of guest vocalists. Melodic minor-key EBM, some tracks with triplet beats, is the order of the day. It also feels like a complete album for listening to the whole thing at a time.

My favourites were most of it. “Naive Love” opens and feels like a single, with a good chorus.  “Beautiful Wild Flower” has too many chord changes to be a pop hit, but it’s a strong song which does the quiet-loud thing well. “Poisoned (Feeling Your Skin)” starts off quiet and subtle and slowly evolves to show its strength. “Delirious Passion (Satisfy Me)” (video below) is angsty minor-key EBM with a good tune and beat which survives the lyric line “we are creatures of the night” and ends up of my favourites. The lead synth figure on “Charm” contrasts well with the vocal. “Never Enough” has a powerful triplet beat that works really well. “Butterfly Defect” is just nice, with a good beat that sneaks up on you. “Divine Perversions” closes the first disc with a bubbling bassline and a Depeche Mode feel to the vocal.

The remix album is also worth a spin. “Illumination” in particular is okay on the first disc, but really comes to life with both the Ien Oblique and Want/ED mixes (the latter of which is below), and “Delirious Passion” in the Oren Amran mix. “El Mundo que Creamos” is the new single, not from the album. It didn’t grab my attention on first listen (arguably a deficiency in a single A-side), but it has a good beat and sound and got me on the second. The Art Deko remix is more upfront, if you think you’ll need convincing.

If you like these, consider early support of their forthcoming 2017 album, tentatively scheduled for February.