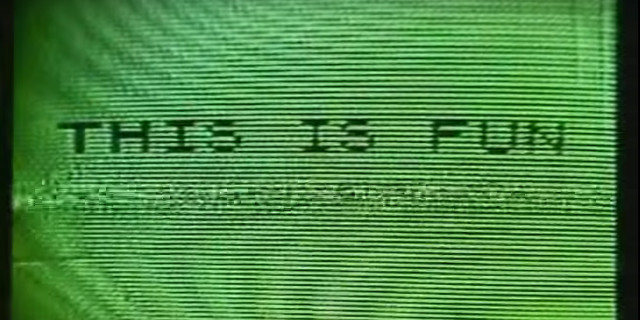 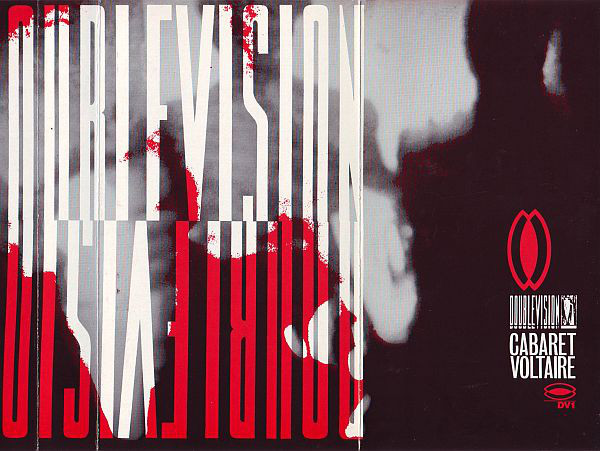 I most highly recommend Doublevision Present: Cabaret Voltaire, or Mute Film Presents Cabaret Voltaire in its first reissued form (though they had the good sense to revert later to the original title). It’s “Present”, not “Presents”, though even the second Mute reissue gets it wrong on the back (as well as misspelling “independent”). 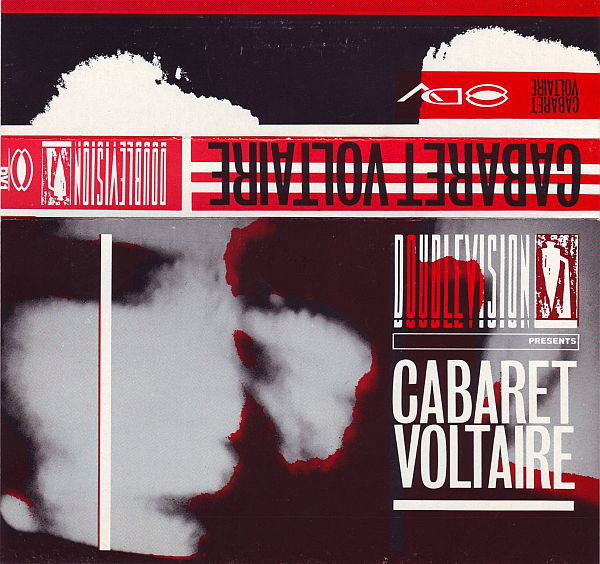 Video cassettes for sale to the public were quite the novelty at the time. Cabaret Voltaire had just started their own video and record label, Doublevision; Factory had started Ikon FCL. Prerecorded videos were being sold at outlandish prices (on the order of £75), so the Cabs decided to sell this one relatively cheaply at £15ish — a compilation of material from their Rough Trade recordings and their then-forthcoming album The Crackdown for Virgin. 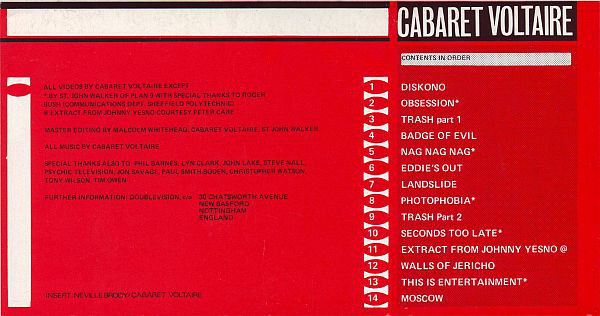 The video is indie as hell. Being an industrial band from the days when that meant being a dab hand with a soldering iron, the Cabs used whatever footage they could get their hands on and put it together using whatever equipment they could get their hands on. The amazing thing is not only that it worked well enough at the time, it still works now; the visual equivalent of lo-fi punk rock that still rocks. It really is what the sound of their music at the time would have looked like: a disquieting noise not quite from here.

The whole thing is no longer on YouTube (there’s a copy here that’s blocked in the UK and may be visible elsewhere; there’s been at least one rip, though that’s long gone), but “This is Entertainment” (above) is. They actually worked very hard to get that moiré effect right and resisted the guy at the video duplication place who thought he’d be helpful by removing it. 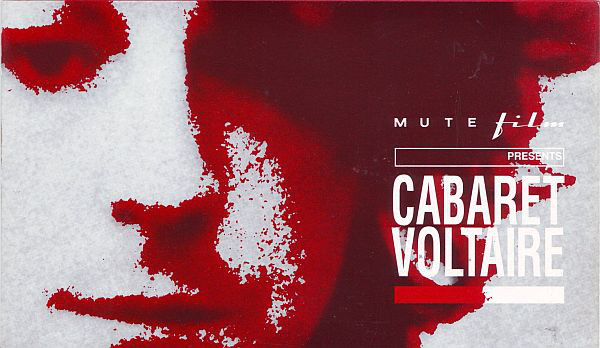 The DVD is not listed on the Mute website, but still appears to be on Amazon. 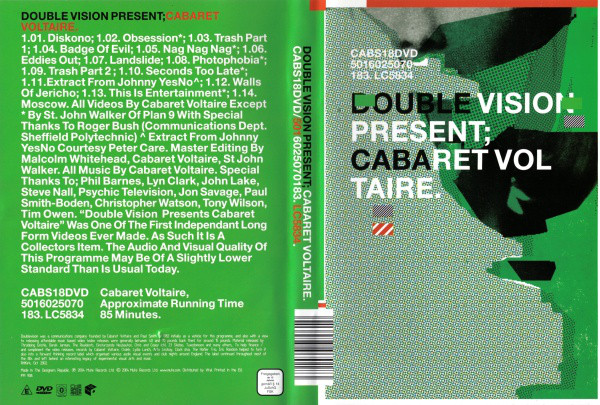