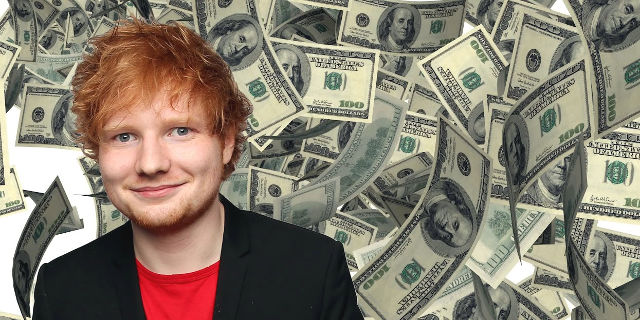 Warner has signed a completely expected deal with YouTube, because they do great business with each other and fully wish to continue. The music industry is hilariously outraged that Warner did the obvious deal with a fantastic and essential publicity outlet.

The CEO’s memo to staff reads like an apologia for daring to consort with these digital demons from the bowels of Hell. (Note the final line, which comes across as acknowledgement that of course it would leak immediately.) Even the ex-label guy at YouTube politely suggests they could be a bit less dickish about a deal both sides wanted.

The main thrust of the outrage appears to be that anyone other than the three majors might conceivably hold any of the power.

YouTube is 2017 Enemy Number One of the major record labels, because they won’t sign a Spotify-like deal to guarantee the majors free money (which said majors literally know doesn’t exist), and the majors don’t own a chunk of them. It’s like they think we’re goldfish and don’t remember them saying the exact same things about their new saviour Spotify when they were 2016 Enemy Number One.

The labels also hate YouTube because any bozo can upload to it, and the RIAA and MPAA have despised the DMCA safe harbor since day one. “Notice and stay down” can only be done by “filter everything.” Their deepest desire is a completely controlled and by-permission Internet, where none of you plebs have the right to speak in public without a signed and sealed deal.

It turns out there’s a few of us who object to this idea. I have notes for a draft article on this, and why in particular Wikipedia won’t actually put up with their wishes in this regard. (My personal phone ran hot for two days during the SOPA blackout, and what the RIAA said is in living memory.) Hollywood has said that of course they don’t mean Wikipedia. But if you’re wondering what Wikipedia would really like:

In our comments, we suggest that increasing the penalties for rightsholders who send bad notices, particularly ones who persistently send bad notices, could reduce the number of bad notices and the amount of time we and other intermediaries waste dealing with them.

Imagine a world where you’re effectively penalised in any manner for sending a million completely bogus DMCA notices a day.

Musicians: the record companies’ interests are not yours. You really don’t want a non-neutral Internet.

Despite the apologia, I suspect Warner will not give a hoot what their competitors think of this deal. They’re making a bundle from streaming.

There’s lots not to like about YouTube’s behaviour — Google are perfectly good at abusing power. But holy crap, they still look like saints next to the major labels.