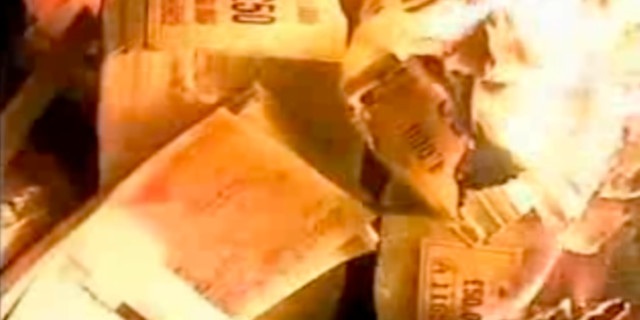 I thought the record companies would hand the whole industry over to Apple, again. Instead, they may be handing it over to Spotify. Assuming Spotify don’t haemorrhage money even faster.

They took their time coming around. This excerpt from Steve Knopper’s Appetite for Self-Destruction: The Spectacular Crash of the Record Industry in the Digital Age (UK, US) tells the story of how they had to be dragged kicking and screaming to it, because the record industry’s consistent response to every technological innovation since the CD has been to try to strangle it in the crib; and their consistent response to the Internet, the greatest advance in human communication since the printing press, has been to try to hobble it.

Some label people realised that streaming might be the next big idea, so supported digital distribution and the early years of Spotify. This didn’t stop the record companies from complaining bitterly that people were going there instead of buying CDs — and note, that’s the labels talking about the legal and paid-for option like it’s piracy — and up to last year the official line was that Spotify was a vileness that must be destroyed. Then they got the money from 2016 and realised Spotify had saved their backsides, so in 2017 we’ve always been at war with YouTube instead. Then they’re surprised when Spotify doesn’t quite trust them.

Do they understand how narrowly they dodged a bullet? Of course they don’t. The power brokers honestly think the money flowing their way is their natural right, and not the work of their minions frantically doing company-saving deals. The IFPI literally claims “Record companies are driving this digital evolution,” as if nobody reading those words has a functioning memory — or has noticed that the record industry’s main distributor, Spotify, is still bleeding red ink or that financial regulators aren’t happy with its plans to go public without an IPO. As Bloomberg puts it, “if the music business thrives through the digital age it will be in spite of the record labels’ power brokers and not because of them.”