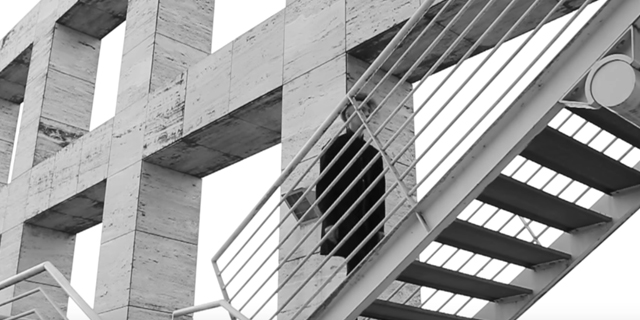 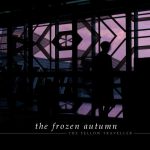 Do yourself a favor and check out The Frozen Autumn’s November 2017 release The Fellow Traveler.

Synthpop is in an odd space right now. Anyone can go on Amazon and drop fifty bucks on an instrument that would have made Gary Numan shit himself in 1979 so there is a lot of thready, dull, self-consciously ironic music being made on keyboards these days.

And that it not at all the kind of music you’ll find on The Fellow Traveler. Band founder Diego Merletto has been making pleasantly sad beeping noises since the 80s as part of the original coldwave scene, so it only makes sense that his music would stand out as one of the better gems of the synthpop revival happening now. As of 2018 Merletto has been collaborating with Froxeanne (who provides the other set of vocals and keys on this album) for 20 years and their experience shows.

The Fellow Traveler is delectably layered, with a thick sound that envelopes you as you listen. The Frozen Autumn have no time for single track nonsense or compression loss, they put their minds to producing complicated landscapes of harmony and the effort is obvious and admirable.

While the songs are energetic and uniformly danceable they’re never frenetic or hyper. Instead of building speed the songs build to crescendos, either vocal or instrumental, that bring you up but never let you crash.

The sound is everything you would expect from the best coldwave/darkwave: echoey vocals, minor keys, synth strings like crazy, and a pervasive sense of mournful longing. The Fellow Traveler feels like something that I’ve been listening to all my life while still seeming fresh and crisp. It has been fascinating to watch oldschool synth musicians encountering the current music landscape to take advantage of new techniques with their decades of experience; if you want to get a picture of what that looks like while also having something charmingly gloomy to dance to The Fellow Traveler is well worth a listen.

My personal favorite song from the album is “Grey Metal Wings.” It’s one of the more rhythm driven songs on the record and it’s been stuck in my head since I first heard it, probably because of its compelling layering of simple, cheery melodies with sighing, wistful vocals. And you can’t be mad at a breakup song called “I Love You But I’ve Chosen Synthesizers,” which is incidentally one of the funniest jokes to come out of electronic music since Skrillex’s Grammy nominations. Of course it doesn’t hurt that the song is lovely and heartbroken and that Froxeanne is putting on a show of her range on the track, diving into sultry lows to climb back to piercing highs.

If you’re feeling nostalgic for synths but the vaporwave vibe of newer stuff doesn’t do it for you, check out The Fellow Traveler and see if it scratches your itch.

(Previously reviewed here, but Alli’s goes into much more depth.)