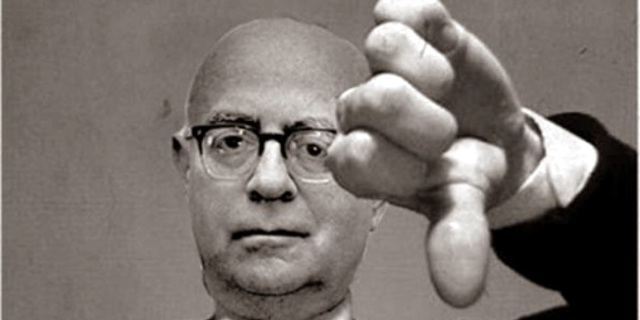 Richard Syrett hosts a podcast, The Rock’n’Roll Twilight Zone — in which he covers the weirder corners of the history of popular music. Today’s episode is: “Were The Beatles a British Psychological Warfare Weapon?”

It’s about the conspiracy theory that Theodor Adorno wrote all the Beatles’ songs as a Cultural Marxist assault on America. Possibly. I dashed that article together a couple of years ago, and it’s still a perennial favourite.

The podcast is 37 minutes, and covers the conspiracy pretty well. Guests are me and a couple of proponents of the theory. It’s a good show! Go play it!

The theory is that the Beatles, and rock’n’roll, were obviously foreign invaders, bringing in unheard-of new ideas — one guest literally speaks of the “mesmerising tribal chant beat,” unknown in symphonic music, brought in by rock’n’roll — corrupting the moral fibre of American society. So therefore this must have been conspirators at work!!

Also, Adorno used the Enigma computers at Bletchley Park to analyse and fine-tune the Beatles’ music.

This is as opposed to the actual history — that something very like rock’n’roll, as found in the late ’50s and early ’60s, was already happening in rhythm & blues (i.e., black) music by the late 1940s; that British lads got into this stuff, thought it was great and started playing it; and that when they brought this excellent music back to the US in the early-to-mid-’60s, but this time presented by clean-cut white boys, middle America took to it as strongly as it warranted.

Like, do these guys think this music hadn’t already existed for a decade or two by the time the Beatles hit the Ed Sullivan Show. How the hell is that claim supposed to make sense.

The more I think about this theory, the more it pisses me off. It only works if you consider black Americans never existed, had no legitimate contribution to culture, and/or having black American music attain popularity could only happen via an Illuminati conspiracy theory.

Or an (((Illuminati))) conspiracy theory — this one is also about “Cultural Marxism,” as one of the other guests kept repeating — the theory originally known as “Cultural Bolshevism,” which is what the original-issue Nazis used to claim Jews were corrupting the moral fibre of Germany with, back in the day.

When you find yourself agreeing this strongly with Anders Breivik and swastika-flag-waving Charlottesville neo-Nazis, you might want to step back and reconsider for a moment.

So, the theory is anti-black and antisemitic.

And by the way, I can’t find any evidence outside the claims of the “Enigma computers at Bletchley Park” loon on this podcast that Marshall McLuhan called John Lennon out as an agent of the British Crown, or outside other conspiracy theorists that McLuhan ever said “those conspiracies which are too incredible to be believed are, by the same right, those which most often succeed.” 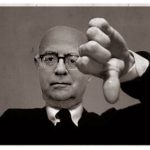 Richard Syrett’s a good bloke, and, as a guest on a documentary made by him, I felt completely fairly represented. I’ve said I’d love to go on later shows, and if he calls you then you should feel confident about appearing too.

The recording was done over Skype, using my shiny new Jabra Evolve 30 II UC Stereo headset (£44 UK or $79 US), which actually has a decent microphone. So I sounded okay except the signal kept glitching. Need to work on that.