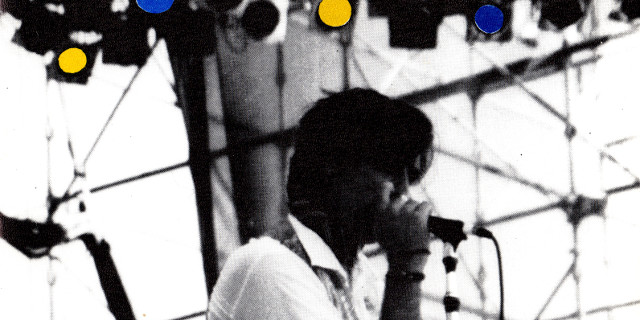 I’ve been taking my time getting around to this, as other projects eat my brain. But after Vortex #1 and #2, here at last is Perth radio show 6NR Late Nite’s Vortex #3, March 1987 (I think), over on the Party Fears page —with the iconic cover shot of the Triffids at Australian Made. Turns out they were a pretty good stadium band.

Also featured: interviews with Ed Kuepper, Greg Dear, Kno Matter, White Cross, Orchestral Manoeuvres in the Dark and Paul Weller. A lot of these are radio interviews, transcribed — as well as Late Nite, 6NR had Sessions on Friday afternoons, featuring the indie and alternative bands.

That damn crinkled glossy paper is an arse to get a good scan of, and particularly cleaning up after photos so they don’t moiré to hell … clearly designed to be read, not preserved for future generations.

Only three more to go! I should have them up by 2020, no worries. Probably.