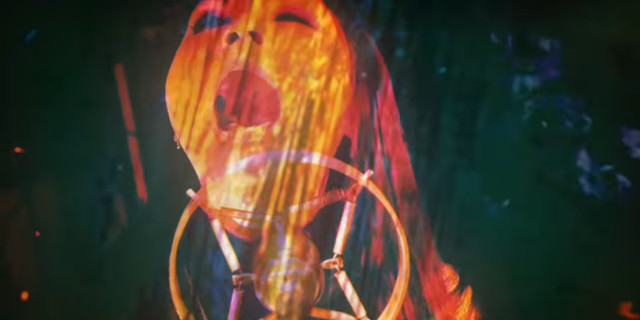 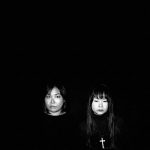 Hey, are you interested in letting a couple of women from Osaka just completely melt your fucking brain? If so I have found the album for you. Blacklab is a Japanese sludge/doom duo and they’ve made something stunning with the July 2018 record Under the Strawberry Moon 2.0 (New Heavy Sounds). This is the group’s debut album, an update of their demo Under the Strawberry Moon, and it’s thrilling to see a band that is so well developed and so experimental in a first release.

Guitarist/vocalist Yuko Morino recalls Boris or the Melvins with her sustained, fuzzy sound and voice that slides between screeches, moans, and whispers. Drummer Chia Shiraishi brings power to the sound that is otherwise dreamy or terrifying but not driving. Together they strike a balance that carries 2.0 through a sonic assault. It’s feedback-y and slow, throbby and visceral. Sometimes a track will make a half-gesture toward a standard song structure before dissolving into pure static; sometimes you’ll get a nine-minute fuzz exploration that meanders and buzzes, groping for noise and eschewing meaning. The sounds drift between ethereal and thunderous, at times nearly subaudibly low before pivoting to a piercing mosquito whine of feedback punctuated by high, reedy vocals.

The record is not for everyone, and clearly the band didn’t intend for it to be for everyone — I couldn’t track down where you can buy 2.0 online and every shop that was selling the album on vinyl or CD was sold out. You can listen to the whole thing on YouTube or hear parts of it on Soundcloud but I can’t find anywhere that I can easily throw money at this kickass band. (Found it on Bandcamp! — ed.)

The Dark Witch Doom Duo from Osaka have made something inaccessible and at times markedly unpleasant that is nonetheless compelling and richly layered. If you want something that’s a more song-like introduction to the group check out “Spoon,” which is sludgy but includes vocals and a nod at melody. If you’re already a noise/doom veteran go ahead and open with “Big Muff,” the nine minute endurance test linked above. For a little more balance take a look at the 16-minute psychedelic video split “Warm Death/Black Moon.” 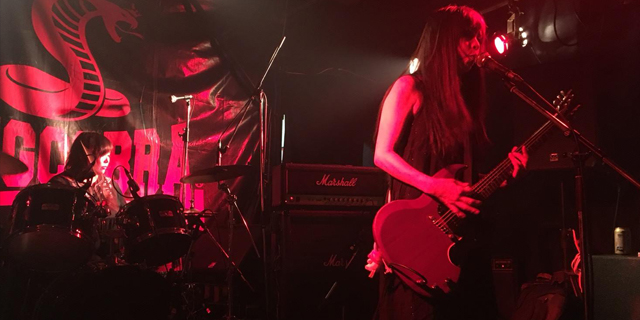