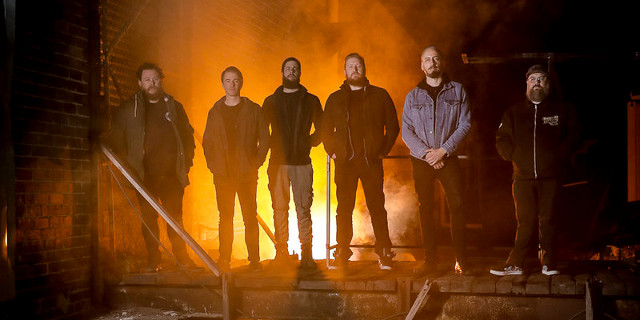 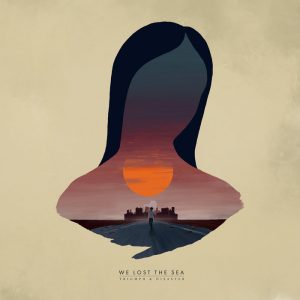 Triumph & Disaster is the fourth studio album for Sydney-based instrumental band We Lost The Sea. The band started off pretty firmly in the metal genre with their first two albums Crimea and The Quietest Place on Earth, however in March 2013, their vocalist Chris Torpy committed suicide.

From there the band took quite a turn; whilst holding tributes to raise money for suicide prevention causes, they almost introduced a greater sense of atmospherics and variation into their material and transmogrified into something that is a cross between math rock and metal, like a love-child of 65daysofstatic and Dream Theater. Some punters are calling this “post-metal”, as if “post-rock” wasn’t bad enough. Every time I hear “post” anything I think of Devo’s Post-post-modern man, who understood that you stick the prefix “post-” on anything it becomes fixed. What’s after post-modernism? Neo-post-modernism?

But I digress. The third studio album was the acclaimed Departure Songs, and I deeply thank the Youtube engineers for the algorithm that led me there. As I discovered this album a couple of years after its 2016 release date, there is no extended review on Rocknerd. A concept album, inspired by heroic and honourable failures, Departure Songs is a truly epic album of brooding and gentle harmonics juxtaposed with thundering guitars and drums. About half the album is dedicated to the story of the Challenger space shuttle in two parts, and ‘A Gallant Gentleman’ featured on the soundtrack for Ricky Gervais’ show After Life.

Departure Songs is such a good album that comparisons with Triumph & Disaster are inevitable. Certainly, the four-year gap between releases is indicative of the challenge faced. It is certainly within the same style, with the fifteen-minute opening track, ‘Towers’, varying from guitars roaring at pace, before moving into a rolling traditional metal, some sensible math rock harmonics, brooding keyboards and then para-militaristic snare drum beats (reminiscent of ‘March to Scutari’ from their first album). Overall, the first track is almost like an attempt to pack everything the band does into one song.

In comparison, ‘A Beautiful Collapse’, starts with a semi-acoustic introduction, gradually building into hard rock cacophonies which still allow for individual instrumentation. ‘Dust’ is a slow and deeply brooding piece, whilst ‘Parting Ways’ gently rolls along deceptively until a half-way point where a much faster time signature and rougher harmonics takes over, before concluding – rather strangely – in a slower pieces, which transforms into ‘Distant Shores’, pleasant but without much in direction. Harder and faster, ‘The Last Sun’ jolts one awake again until, in a role reversal to other tracks, it suddenly changes to a semi-acoustic very gradually increasing from larghetto to andante tempo and well beyond, with the instrumental complexity increasing in proportion to an explosive conclusion and otherworldly denouement. In complete contrast, the final track ‘Mother’s Hymn’ features strong female vocals (Louise Nutting) albeit with simplistic lyrical content (it’s three lines) and big-band elements; it’s a rather incongruous ending.

If this sounds somewhat formulaic there is a degree of truth in the claim, but it’s a rather good formula. There is a certain unorthodox style to the band, in which there is variance within and between each track between the rapid intensity of multiple instruments and singular instruments with a slower tempo, between harmonics and discord, and the gradual segue between one and the other. To an extent this style was present even in their earlier albums (Crimea and The Quietest Place on Earth), but is far more prominent and evident in their most recent material.

Triumph & Disaster is really quite a good album overall. It is not quite up to the epic standard that is Departure Songs, but that is unsurprising really. There is probably too much quiet or slower parts on the album which may have worked well in the early albums where they had a vocalist to fill the gaps with their howls (and true to the genre, they were howls) but now, as a primarily instrumental band, they need to reduce such time, even if it generates a gentler atmospheric. There is a lot of talent in this band and they should not waste any opportunity in letting their substantial skills shine.

Finally, mention must be made of the extensive range of options available for purchasing this album and others, and especially their excellent artwork that comes with the music. The products are quite a joy in themselves, even if the music is better still.