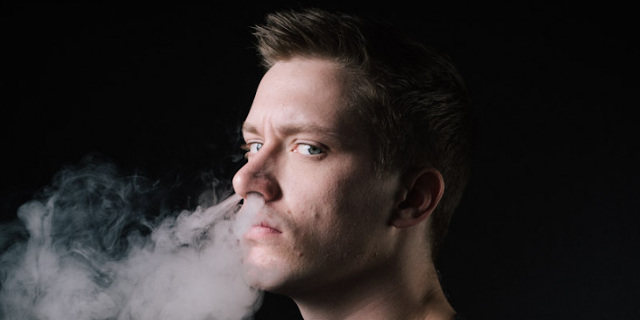 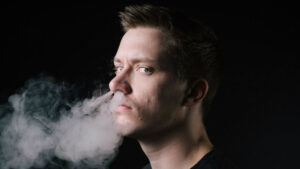 Heard a joke once. Man goes to doctor. Says he’s depressed. Says life seems harsh and cruel. Says he feels all alone in a threatening world where what lies ahead is vague and uncertain. Doctor says “Treatment is simple. Great clown Pagliacci is in town tonight. Go and see him. That should pick you up.” Man bursts into tears. Says “But, doctor…I am Pagliacci.”

Daniel Sloss is certainly deserving of the credits that are lauded in his direction. At thirty years young, but performing since sweet sixteen, he is already well-recognised as one of the world’s best stand-up comedians. It must also be said, that there is a high degree of uniqueness to his comic brand. At times, when he appeals to the philosophically absurd and leans towards a deadpan delivery, Sloss reminds a little of Steven Wright. At other times, when he appeals to social issues, with more than just a hint of anger to his voice, he reminds of Bill Hicks. Certainly, he doesn’t have the stream of increasingly ridiculous one-liners that Wright delivers, nor normally the passionate crescendo of Hicks. These comparisons are meant more as an indication of quality, and recognition of how deeply the humour can cut, rather than content or delivery; being cutting is what makes all three of these comedians great, and a reminder of our own tragedies.

Sloss’s humour is often very deeply personal, and he builds his comic delivery, punctuated by factual information, into a long narrative; take a paragraph out of context and there isn’t much there, include it as part of the story, and it all makes disturbing sense. “Disturbing” is, of course, his forté. His most recent fame started with extended performances, “stand-up specials”, with the appropriately titled “Dark”, followed by “Jigsaw” and “X”, each of which provided their own challenges. “Dark” asked us to challenge our own limits on what we consider to be in “good humour”, “Jigsaw” asks us to challenge our assumptions of love and relationships (find that missing puzzle-piece), whilst “X” is squarely aimed at some the poor behaviour from the male of the species, and pleading request for them (from his own position of ignorance) to get in touch with their own emotional states appropriately and to discard the harmful toxicities and actions. Yes, he does a stand-up comedy routine on that topic, and to be honest most of that wasn’t traditional comedy but a horrid tragedy.

If we are to suggest a union between tragedy and comedy, Sloss’ latest show comes with the appropriate title “Hubris”, the pride and overconfidence that comes with the downfall of the protagonist. With a reputation that precedes him, the routine has been performed some three hundred times across forty countries. Curiously, for reasons perplexing to me as it would be to his agents, the final night at Hamer Hall, Melbourne was about 80% capacity, rather than sold out well in advance. OK, so this was a special additional show to conclude the season. But anyone who would vaguely wanted to go should have gone. With bargain ticket prices, one experienced a solid three-hour performance, not just by Sloss, but also preceded by two very competent Australian comedians, Luke Heggie and Nick Cody, both of whom provided rather delightful and clever stories of some of their interesting experiences of the year 2020 from hotel quarantine to international travel experiences. These two were certainly a very welcome addition to the performance and did more than whet the appetite.

To a large extent, I had an expectation that Sloss’s performance would be of a similar ilk. What a better way to discuss the preceding year except in terms of hubris, the human arrogance that we had conquered nature and could travel the globe (finances permitting), or even visit the local cafe, unhindered. To be fair, there was a little bit of that when he described his newish relationship and his unexpected life as a “house husband”, along with the emotional loss of validation by his fawning audience. And, to be honest, I was a little concerned at the start, as he waxed lyrical about the humour related to swearing and poking fun at American stereotypes; concerned because this is really basic stuff in comedy. Most people who are brave enough to stand in front of a crowd can utter an expletive and get a laugh and poking fun at American stereotypes really is shooting fish in a barrel. They have, after all, a very special Christian Right that is as far from Christianity as one can imagine and thoroughly lacking in a conservative disposition.

Now, Sloss is sufficiently self-aware that when he engages cultural stereotypes that they are stereotypes of a subset of the population, and it is the kernel of truth in that subset that makes people laugh. He doesn’t apologise for making people laugh or being uncomfortable (which is one and the same, he explains) because that’s not his responsibility. Thus he is adept at being surprisingly sensitive to the context and complexity of people, whilst at the same time speaking about elements that we find amusing, and he is happy to engage in cultural humour with the very people that he is describing, because his objective is to have them laugh with him, to learn about themselves, rather than having others laugh at them. An excellent case in point was a little skit he performed about the highly reserved stoic exterior of the Japanese people, and how that is temporarily let down when they are surprised. He performed this in Tokyo, of course, and gave a little charade on what was the biggest surprise to them all.

If all this sounds like there was no overarching narrative that we’ve come to expect from a Sloss performance, or that is not really associated with the concept of hubris, then you are one-hundred percent accurate. It is a scatter-gun approach, jumping around from one topic to another with little anaecdotes of insight, expressed with passion and vitality. In that sense, it was not Sloss in his usual form. But about half-way through the performance he seemed to hit a focus; perhaps once known to some as the “anti-vegan guy”, Sloss built up a thoroughly impressive and angry (and I don’t think I’ve ever seen him so angry, except for parts of “X”), set of comments on the mistreatment of other animals by humans and the hypocritical indifference to their suffering that we carry out. Yes, putting on a fake animal voice is a well-known comic schtick for the laughs, and he does it very well. The kernel of truth that is there is the realisation of what animals, and farm animals, in particular, would be saying to us if they could talk. I don’t need to elaborate that it wouldn’t exactly be complimentary, but there would be a lot of pleading and sheer terror.

Maybe Sloss has changed. Perhaps with his new partner in life, with whom he became engaged, he has become a softer and kinder and even better version of himself, which still carries with even more passion. If so, we can expect more and even better comic genius and insight in the future. To wrap up, however, mention also must be made Hamer Hall at The Arts Centre in Melbourne; it’s a far stretch from the Sydney Opera House whilst in a pretty boring style that belongs to 1980s plush modernism, it really is quite comfortable with excellent sound quality, and design with special attention for disability access. But in summary; Sloss and his colleagues put on a performance that was ever-insightful at a bargain price.