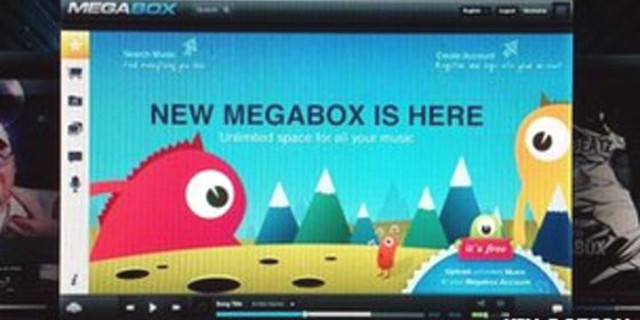 The huge FBI raid on massive bootlegging entirely legitimate file upload site MegaUpload in January sure struck a blow for ethics, morality and of course the artists, who are the RIAA’s eternal and only concern. Except that the raid was actually timed to take out colourful racing identity Kim Dotcom’s plans to go into competition selling recordings, which is why the RIAA was gunning for it already.

Not only is the raid itself turning out more and more legally dubious, but Dotcom’s plans are back in full swing: MegaBox, a site where artists can put their stuff at a 10% commission on sales. A bit like BandCamp, but with backing and fame, which may well make all the difference.

The recording industry is not just fucked because of home taping downloading — it’s fucked because it isn’t the gatekeeper for the means of production any more, and never will be again. Does anyone actually remember just how insanely fucking hard it was even to record thirty years ago, let alone release the recording?

2 thoughts on “Before record execs go to bed, they check the closet for Kim Dotcom.”