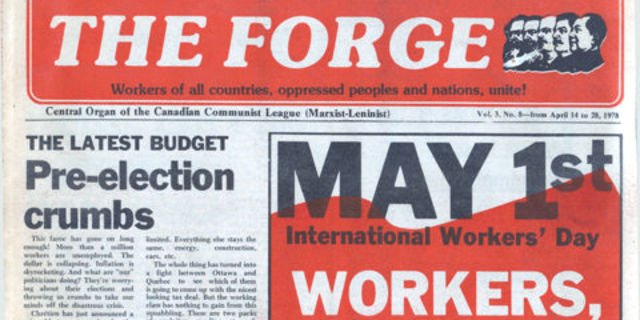 Canadian Cultural Worker’s Committee: “Death to the Traitors” from The Party is the Most Precious Thing, 1979.

This album is a real thing that exists, and the Communist Party of Canada (Marxist-Leninist) was officially Hoxhaist and aligned with Albania. The “traitors” in question are “revisionists”. (I know way too much of the jargon for someone who hasn’t ever been a commie.) This song may or may not quite be the perfect counter to neo-Nazi influence in neofolk.

It’s the sort of thing WFMU used to post to their marvellous esoterica blog. They never posted this one, though they did post Jack Paar on “fairies and communists”. HT donjuan-auxenfers.