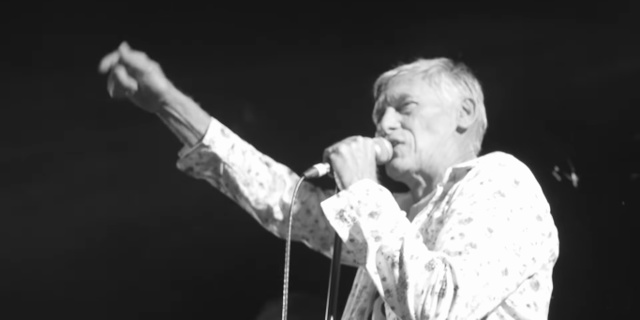 Damien Lovelock, frontman for the Celibate Rifles, died yesterday, aged 65, of cancer. I urge you to read Steve Cannane’s awesome obituary for him.

I was a fan since I heard “Darlinghurst Confidential” on 6-UVS in 1984, and bought the early Hot singles and the self-titled second album. Followed them since. I saw them in the 1990s a few times, and they were damn fine. If you’re not familiar with them, I strongly recommend at least the singles collection, Platters du Jour.

The Celibate Rifles’ official Facebook posted a link to what turned out to be their last gig — Corner Hotel, Melbourne, 19 May 2018. Here’s the complete video.