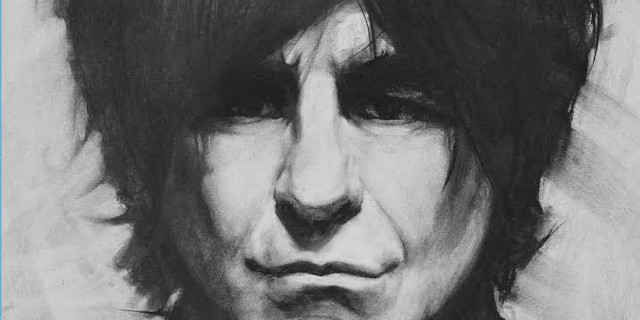 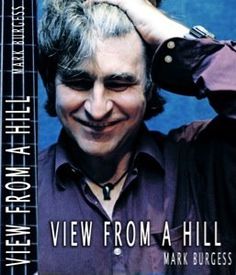 Sitting on my “to do” list since 2012, and already at that stage four years old, View from a Hill provides the autobiography of Mark Burgess, frontman of The Chameleons and associated acts such as The Cliches, The Sun and The Moon, Invincible, Bird, but not newer projects such as Black Swan Lane or ChameleonsVox.

The text weighs in at a massive 772 pages, which is testament enough to something that is most remarkable about the book – the level of glorious detail involved in the affairs of an influential, but ultimately mid-ranking musician and songwriter. No insult is meant by this, just an observed fact. The comment comes from a rather low-ranking occasional musical blogger after all, and for what it is worth, a rather mad fan of The Chameleons as previous reviews on the mighty Rocknerd should make clear.

Whether it is through copious of somewhat incriminating diary entries, an incredible memory, or some combination thereof, Burgess manages to paint scene-after-scene with quite some colour. True, he is a songwriter and musician first, and not a writer. The content could have been culled, significantly even, without any loss to the story that is told. Which is quite curious in its own right; Burgess is an amazingly deep song-writer, who manages to pack in a lot of deep emotional material with great brevity. This writing does not equate with the song-writing ability, and an editor with a big red pen would have helped.

Further, apart from the narrative of age itself, there is no story-book narrative progression in human existence, just a causal sequence of events, where growth is never certain by any stretch of the imagination. Burgess, perhaps naively, does not attempt to impose a narrative on his life, but rather relishes the events. One cannot help but be charmed by how Burgess performed his first “concert” at the age of four, the Cromer Mill Christmas Pantomine, with Beatles covers. An eyebrow is raised at the level of violence that was the norm among young people in Greater Manchester in the late 1960s and 1970s. With the benefit of hindsight, there is excitement as The Chameleons are forming, and there is great amusement when they are mistaken by a cabbie for the “other” Manchester band, that is, New Order. There is a knowing nod with the strange tales of taking too many hallucinogenics – the stories of the rock ‘n’ roll lifestyle are indeed very true. There are, inevitably, the various ways that conflicts grow within a band, and how the recording industry treats its workers as a disposable resource (welcome to wage-labour, kids). There is the dubiousness of some of the more esoteric speculations, and the obsessiveness with the number “666” – eventually resulting in time in the Levant. There is horror at his ignorance in feeding a dog chocolate, and surprise that there is no comment on how dangerous this is.

There is even a little bit of the style of Tolstoy at the end, as Mark, like in War and Peace describes his views of what was the then-current state of the political world, and some religious-metaphysical musings. The former was always slightly subtle, in fact almost assumed – Manchester is pretty much a red centre after all. The latter is fascinating; you read the lyrics of a band, you note the clever allusions to some interesting concepts from religious philosophy, you marvel at how clearly they are expressed and combined with more contemporary circumstances, and you assume it is just a very clever and insightful metaphor. Then you read the biography and discover that they really believe some of this stuff, literally.

But at the end of the day it doesn’t really matter. Reality doesn’t care what amusing beliefs its individuals have, as long as they’re mostly harmless. Mark Burgess and The Chameleons, and the various associated acts, created some extremely fine music over the years and proffered some beautiful and poetic words. And here, in View from a Hill, Mark has provided the story in all its glorious detail, of the environment and events that took place in as these words and sounds were created. For that we can be so very thankful.