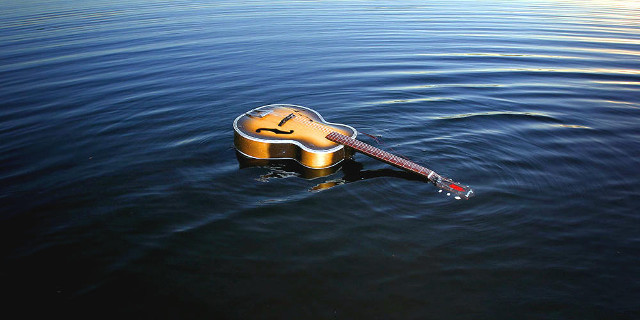 Ted Gioia writes at The Smart Set on streaming versus the sense of musical ownership. Back in our day, you bought your record and you loved that forty-minute object and its detailed packaging. In 2017, CDs and downloading are sideshows compared to streaming. (“Last year, more songs were streamed on any single day than were downloaded during the entire year.”) Ed Sheeran having sixteen tracks in the Top 40 is probably an honest reflection of what people are in fact listening to.

Past pop kids always treated their records as a bit disposable. But even they were fans — radio listenership went way up in the ’80s when they stopped surveying just music fans and started surveying the general public. Modern pop is now literally targeted at people who aren’t really into music.

Preservation of culture is, of course, about to become a massive arse. There’s already people releasing records primarily on Spotify. Are you going to just rip the audio from the MP3 or Ogg that Spotify actually send? Of course, when marketing demands the supply of full uncompressed streams, or even “hi-res”, that’ll be worth saving the decoded stream. But a huge amount is just going to be lost — there is no “cloud”, there’s just someone else’s computer. Did anyone catch the pre-lawsuit version of that great track? No? Oh well.

The problem Gioia describes is real — nobody will bother owning their own copy of music any more, “music” will become as ephemeral as it was before recording existed — but I think he overstates the importance to the industry of the humble record nerd, i.e., you and me. We’ve always been of interest to the A&R department, but in terms of what makes buckets of money we’re financially irrelevant and sort of annoying.

There’s still notional albums and physical CDs, and an individual CD still makes a substantial chunk of change if you have the sort of fans who still buy the archaic silver things. There’s notional EPs, meaning “a short enough collection of songs not to risk your attention wavering.” To be fair, albums have always sorta sucked, with a few exceptions.

The popular culture impact of music will continue to decline, because pop music has been not actually popular for a while now. As music becomes completely commodified, we should expect the general public to care even less. Gioia exhorts the reader to get out there and buy things, but I find even I’m listening to the latest lovingly curated Factory Benelux reissues on Spotify ‘cos it’s there, and casually playing songs off YouTube even when I have the ripped CD right at hand on the home server. Streaming as the answer to the Midas plague. Welcome to the bronze age. Spotify is also notably short on information on a given release.

There’s gotta be some way to turn what the kids are streaming into subculture, even in the midst of the Great Cultural Fragmentation. Nagging non-buyers to buy is not going to be it. What will be? Keeping in mind that we’re competing with the whole Internet.

— Arthur Sullivan congratulating Thomas Edison on the invention of the gramophone

One thought on “All these streams will be lost in time, like tears in rain.”