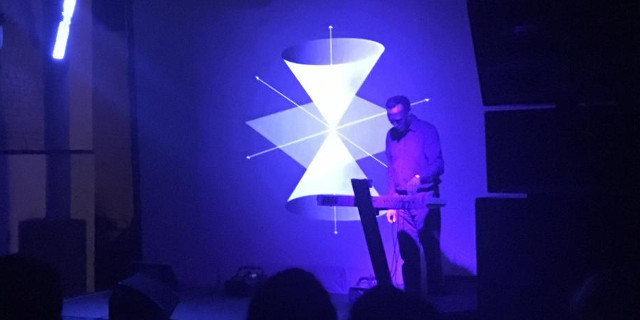 The weekend before my birthday, I got flown to Athens to speak at a blockchain conference — this one’s alliteration was Utopia or U-Turn? I was on the final evening, with my esteemed fellow crypto skeptic Jemima Kelly of the Financial Times (who took all the photos here).

I wasn’t expecting to enjoy the trip at all, but ended up having a fantastic time. I got this urge to learn Greek just so I could move to Exarcheia and live with anarchists in an environment where literally every surface is covered in activist graffiti. I also got to watch a local anarchist’s face as they read greece.txt. 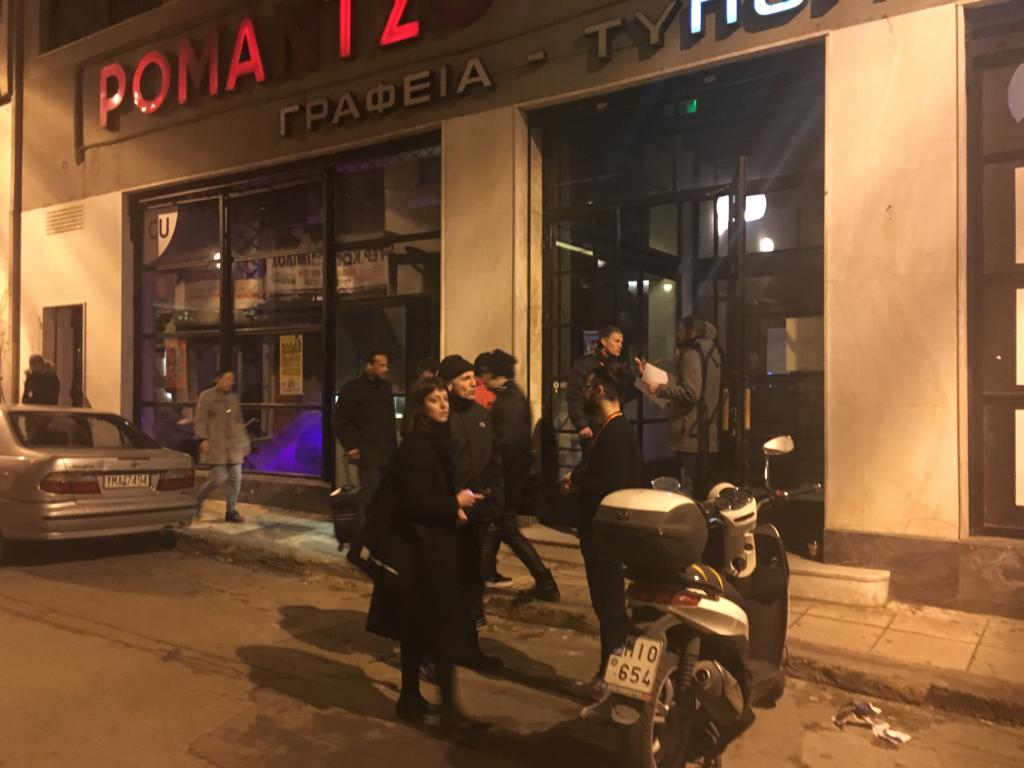 The cryptorave — well, I’ll quote from the official publicity:

The Cryptorave is a utopian gesture to adopt and experiment with blockchain technology, cryptocurrencies and DAO to support and power a subculture. Cryptoraves open a thinking space in which subcultural networks can examine blockchain technology as a means to structure and put value into networks. This is achieved both through actual mining of cryptocurrency by participants and through a layer of Live Action Role Play (LARP)/ Real Game Play (RGP). To attend a Cryptorave you need to mine the cryptocurrency Monero (XMR) to receive your entry pass. By joining their computing power together, the community collectively generates value to fund the Cryptorave machine and enable the autonomous dance party experience. The collectively generated value aims to ensure the basic existence of the network and to provide an amount of security and privacy.

The sort of people who in the 1990s were trying to pick up chicks by saying “chaos theory,” and are now saying “blockchain.” And in those days, the ecstasy tablets might have had any MDMA. And I’d just flown in from London, and boy was my arse tired. But as an honoured guest, I guess I gotta.

(Others got the bad end of the stick. This Breaker piece by Liam Kelly documents him having the precise experience that I would have happily stayed in London to avoid.)

But it all turned out to be fantastic fun — if approached strictly as a live techno gig. Complete with piss lager (Amstel appears universal in Athens) and smokers. You can smoke in venues in Greece. Remember when you’d come home from a gig with your clothes reeking and everything tasting like an ashtray? Good times. 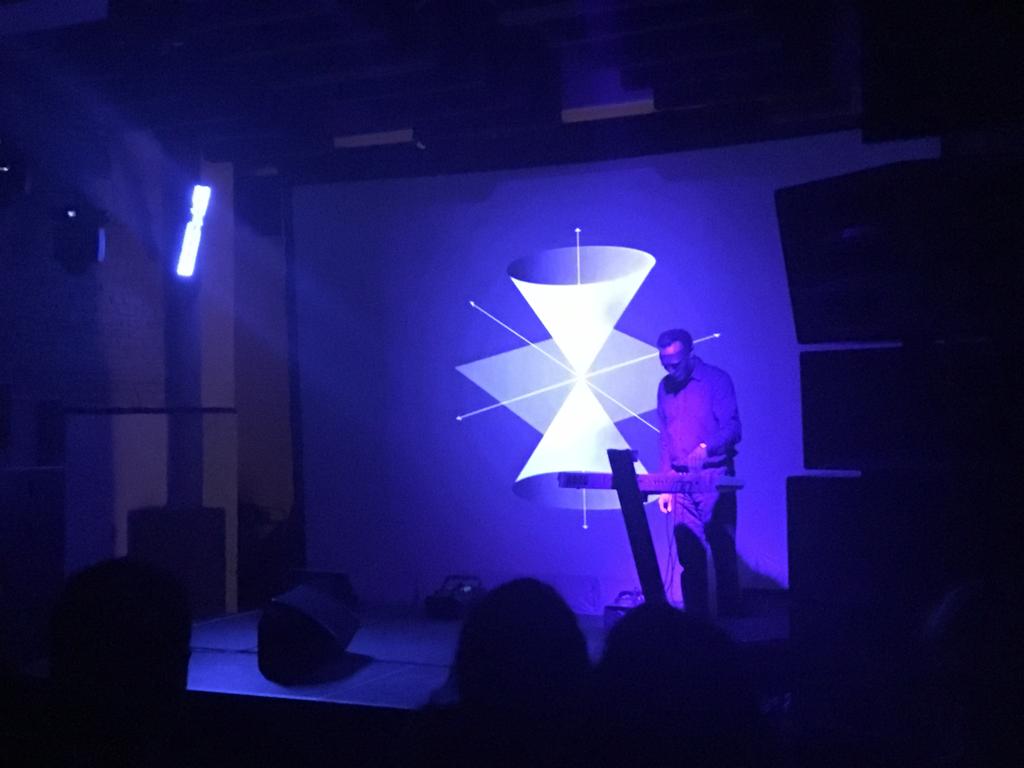 First dude is Gerald Donald from Detroit, most known for Dopplereffekt, and tonight apparently as Arpanet. Here’s a Spotify playlist.

He wears a mask. My notes say “some other dicks show up in cyber rave masks,” though I don’t remember this.

Obviously, it’s almost entirely sequenced. He’s got a Korg (no, I can’t see what model) he taps on occasionally. The video supplies most of the liveness. Everyone’s facing the stage and watching him in action, but he’s hardly a dynamic performer — almost desultory. His job is to show up in person, rather than send a tape.

The main thing that’s improved in thirty years of live techno is the quality of the slide show, as the rest of the world catches up to what Severed Heads were doing in 1989.

My life-long position at stage right leaning on the PA stack remains 100% correct. This EXTREMELY LOUD live pounding art techno, loud enough that the sound system is actually overloading, works completely. This is way foot-tapping. Bleepy disco when it’s vibrating your clothes. I would suggest you go see Mr Donald any time you can. 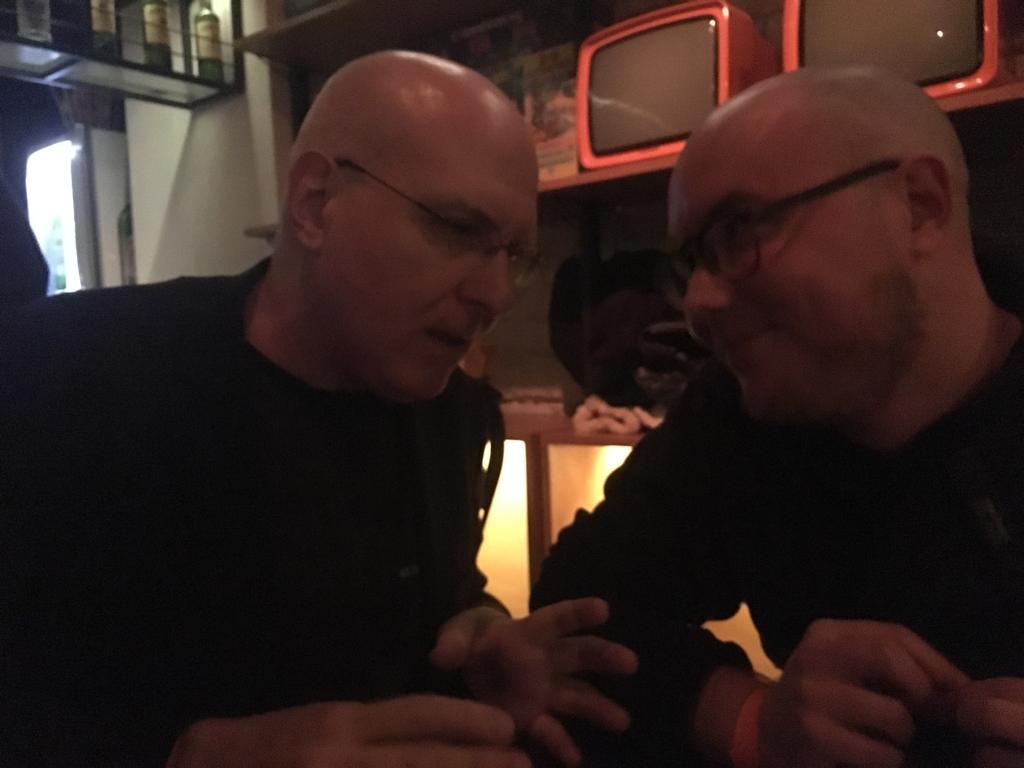 Second band is M.E.S.H., who are unrelated to the Bristol futurepop band who get a mainstream No. 12 album in Germany and are unknown elsewhere. It’s not thump-thump-thump, but it works.

I was in the front bar at the time, engaging in savage musical blockchain gossip with Mat Dryhurst and Jemima at the time. Above: two bald blokes with glasses, pontificating.

The audience includes what appear to be the local hipsters. I wonder how many are the conference goers. The best thing about the gig is the zero blockchain content.

I failed to hit a gig at all in 2018. Time gets away from you. I do wish I’d had the foresight to bring my earplugs, the few weeks since have been sensitive. 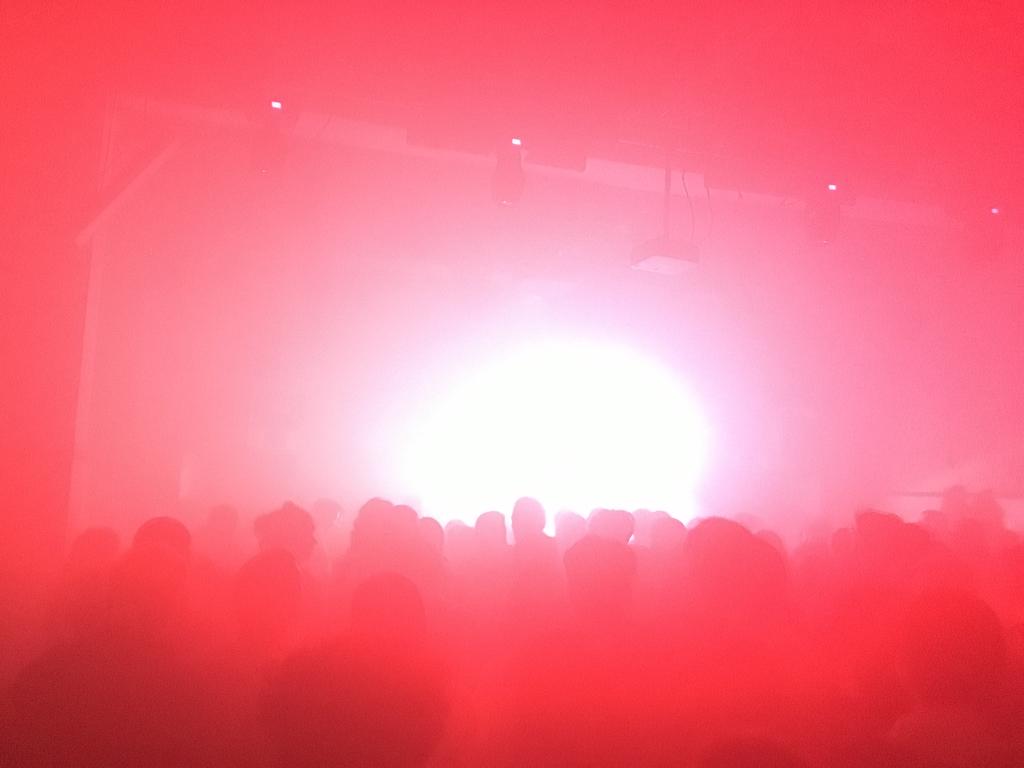 Third band is Amnesia Scanner. I listened to their album the night before and went “what is this trash.” The sort of music that requires you to be tripping off all three of your tits — “rave” music that is not “dance” music.

Well, I was 100% wrong — they absolutely rock live. This totally works, at deafening volume with the stage completely obscured by the fog machine (and not the smokers).

They are in fact playing their instruments behind all that fog.

It’s an obnoxious cup of blare, but they do obnoxious blare correctly. There’s always a place in my heart for obnoxious blare — I play Metal Machine Music at one-quarter speed as ambient easy-listening writing music — and Amnesia Scanner bring it.

I wonder how one could make Amnesia Scanner work as well on record as they deserve. If I block my ears, it doesn’t work nearly as well — it’s the overload that does it.

I must note that epileptic-unfriendly strobe is a cheap trick, and you shouldn’t do it.

Bill Kouligas and Voltnoi also played, but it was 3:30am and we were quite ready to leave on a high note.

I am too old to keep wristbands on, particuarly from a Crypto Rave. 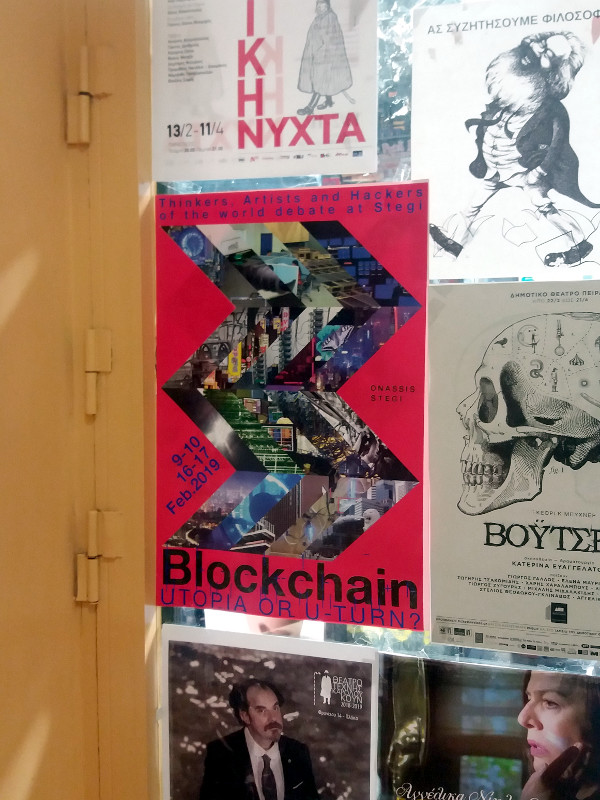 One pic by me — the conference poster in an Exarcheia restaurant on Monday.

edit: I don’t know how on earth the first version of this post called Amnesia Scanner “Amnesiac Suicide.” This is what I get for trying to decode three-week-old gig notes, scribbled in the dark, drunk. Cheers to Mat for spotting this.