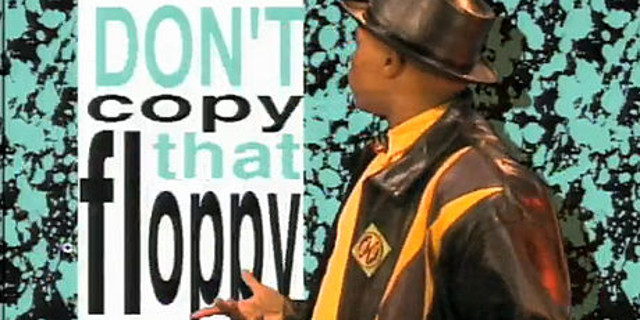 The record labels are rolling in money from Spotify, and trying to make out to their artists that it’s somehow Spotify’s fault they’re not passing much of it onto them.

How to keep the artists distracted? How about a meaningless campaign against 2017 Enemy Number One, YouTube!

There’s been story after story about the evils of YouTube ripping, like Napster but with a video website. The stories lately have been about YouTube-MP3, a YouTube video ripping site I’d never heard of outside these stories and I bet you hadn’t either.

The problem with these stories are:

I feel like I’m giving away the game here by revealing the truth to the terminally incompetent, but good Lord this is ridiculous. YouTube has preripped files of every video — video with audio, video-only or audio-only in various formats (MPEG4, WebM, 3GP, Opus, Ogg, AAC) and resolutions. They’re right there! You can literally just download them! To access them, you just need to know YouTube’s URL formats. There have been endless web browser extensions since YouTube started that do this for you. (I use one.) YouTube-MP3 almost certainly just did this for its users. Anyone could.

How could YouTube allow such a thing? Because … when you watch a video, you are downloading it. There is no difference between streaming and downloading, and there never has been. They are literally the same action: you send a stream of bytes to the user’s computer. Streaming without downloading does not exist.

Blocking YouTube-MP3 was approximately the most ineffectual possible action the labels could have taken, let alone gone on to make a fuss about.

(By the way — it’s trivial to download the “streaming” files on Bandcamp too. Do “view source,” look for popplers5.bandcamp.com, that URL’s the file. The reason people don’t do this is because they know they’d be taking a sandwich direct from the musician’s mouth and would feel like arses for doing it. If you want money for music in 2017, you have to make people want to give you money. So if the labels just start paying their artists 85% …)

But never mind all this “reality-based” bafflegab — HOW DO WE BLOCK THE EVILS OF YOUTUBE? Well, firstly you tell YouTube not to make these files accessible any more, even though there’s literally no difference between streaming and downloading and the files are literally the things they send people to play stuff … or you could put in the DRM that makes Spotify not work half the time these days … or you could make it so nobody can play sound on their computer, so they can’t rip the hi-res audio you’re trying so hard to push direct from their sound card … or other ways to reimplement early 2000s DRM, the best marketing tool BitTorrent ever had …

No, what you actually do is make the legal alternatives better than the illegal ones. Netflix, Spotify and iTunes won by being more convenient than piracy. People will pay for convenience, we’ve tested it! So you need to fill out the catalogues on the legal services and give a damn about the paying customers. I use YouTube over Spotify casually because it’s ten times easier to quickly find a particular thing I want to listen to, even though I want to use the service that pays artists more. You have to make the service you live off suck less for the people giving you money, e.g., me. HELLO, MIDDLE-AGED MUSIC NERD WITH AN INCOME HERE, I’M WAVING CASH AT YOU!

And then you need to treat any stream-ripping the kids do as your one chance to colonise their brains early, because once they’ve got a job and money they’ll be spending it on box sets for the next thirty years. C-30, C-60, C-90, go.

3 thoughts on “YouTube stream ripping: the record industry is being thick again.”